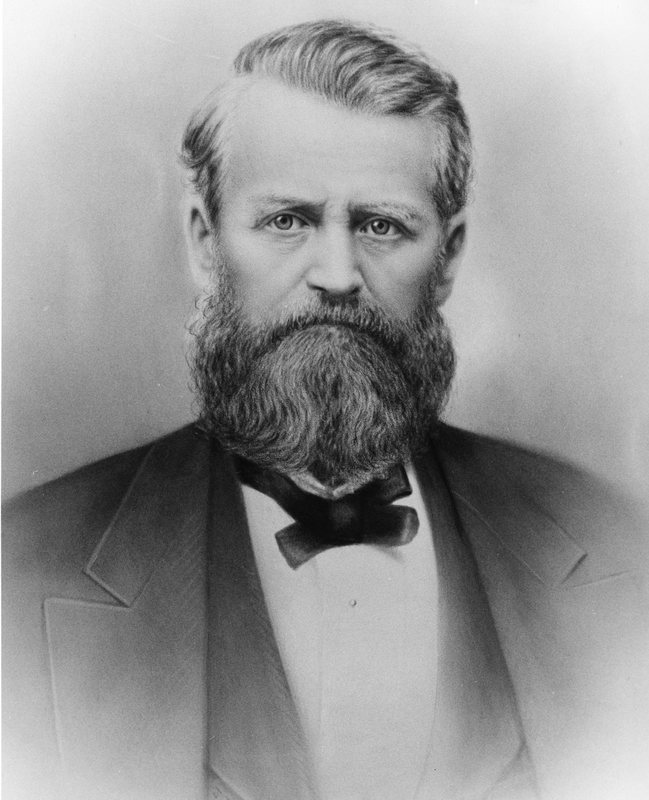 Eliam Eliakim Barney graduated from Union College in Schenectady, New York, before coming to teach classics at Granville College for a few months. When the first graduation took place in 1840, E.E. Barney gave an address to the Calliopean Society. E.E. Barney later moved on to Dayton, Ohio. (Granville College would later be renamed Denison University in 1853 and E.E. Barney would become a trustee). E.E. Barney then worked at a Dayton Academy as a principal for a few years, before leaving to pursue a more mercantile career. When the Cooper Female Academy was established, E.E. Barney became their first principal in 1845. After a few years, E.E. Barney again diverted back to industry, this time founding the Dayton Car Company in the early 1850s. Partners came and went due to illness and death, but the company did well manufacturing railroad cars under a changing company name. The company, still occasionally changing names as companies merged with it, weathered rough financial times and the Civil War. On December 17, 1880, E.E. Barney died in Dayton, Ohio.

One of E.E. Barney’s sons, Eugene Judson Barney, took over control of the manufacturing company in Dayton and became a Denison trustee himself. In the early 1890s, Denison was looking to construct new buildings for its flourishing campus. William Howard Doane and E.J. Barney both came forward with generous gifts. Doane paid roughly $25,000 for the construction of the Doane Academy building. E.J. Barney paid just over $40,000 for Barney Memorial Science Hall to be built in his father’s memory. In 1905, the building was gutted by fire, but E.J. Barney paid to have it reconstructed with more fire proofing installed this time. Aside from the twice paid memorial to his father, E.J. Barney also funded an effort to put in better sidewalks and better landscape for the campus.

The Barneys and Denison University 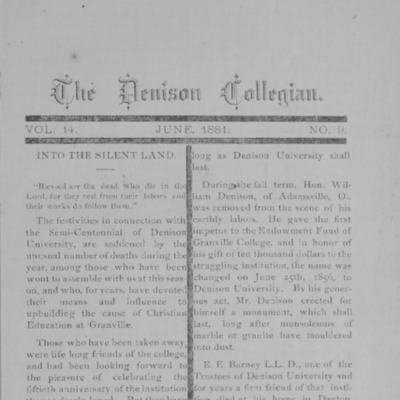 June 1881: An obituary for E.E. Barney appeared, along with other prominent Denison figures, Paschal Carter and Jeremiah Hall. 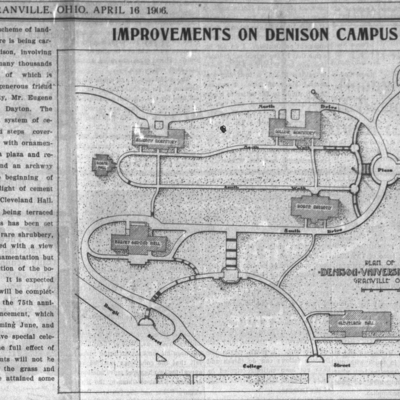 April 16, 1906: Map appearing in The Denisonian showing the E.J. Barney's plans to give the campus a facelift. 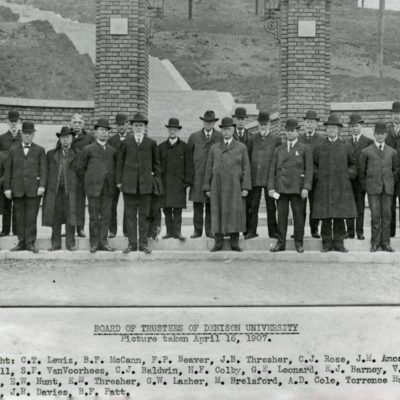 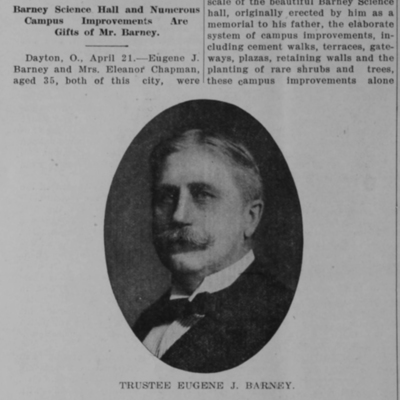