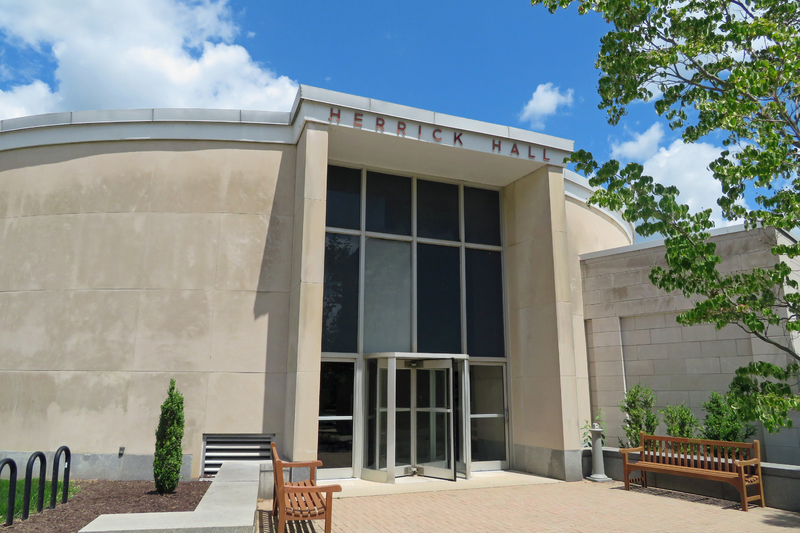 Herrick Hall is the namesake of C.L Herrick and his brother, C. Judson Herrick. Both men were teachers at Denison in the late 1800s and were pioneers in neurology. C.L. Herrick was first a professor of Natural Philosophy & Geology, helping campaign for the construction of what became Barney Memorial Science Hall. He later taught biology along with his younger brother before failing health forced him to resign and take over the presidency of the University of New Mexico. C. Judson left Denison to have a long and successful career at the University of Chicago.

Built in the mid-1960s, Herrick Hall was originally connected to Ebaugh Laboratories above ground. It quickly became a popular venue for class lectures, visiting speakers, and the occasional music performance. In 2011, Ebaugh was renovated and the above ground connection with Herrick was removed. However, one can still reach Herrick from Ebaugh underground.