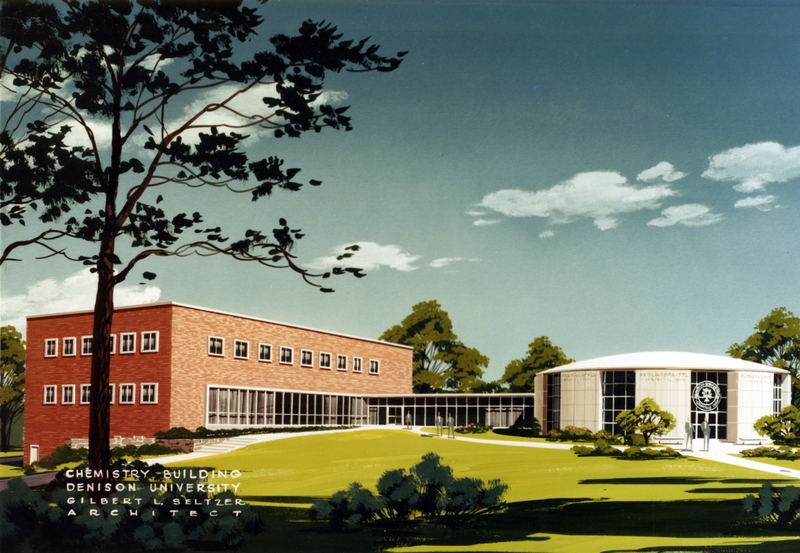 The history of Herrick Hall is intimately tied to Ebaugh Laboratories. In May of 1961, President A. Blair Knapp announced a plan to solicit funds from the chemical industry in order to construct a new building for the Chemistry Department. Originally, the plan pitched was just the construction of a two story chemistry building west of Chemistry Cottage (roughly the location of Herrick Hall today). The Chemistry Cottage had been built in 1926, when Prof. William Ebaugh was the head of the department. By 1964, the building plan had evolved into a three story chemistry building with a round auditorium attached which could be used by both chemistry classes and the campus as a whole. Ground was broken and the “temporary” Chemistry Cottage was removed after nearly 40 years of service. Herrick Hall and Ebaugh Laboratories were completed by the fall of 1967 and the formal dedication took place on October 6 of that year. 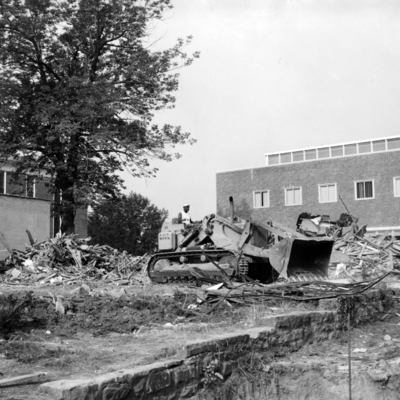 1966: Chem Cottage is demolished to make way for Herrick Hall. Ebaugh Laboratories, nearing completion, can be seen in the background. 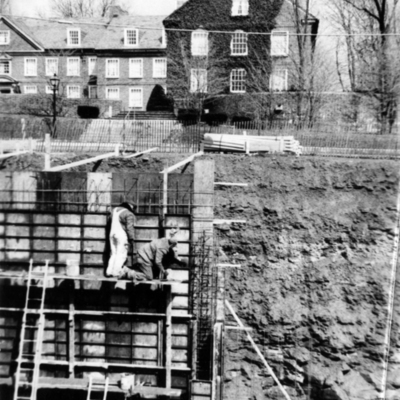 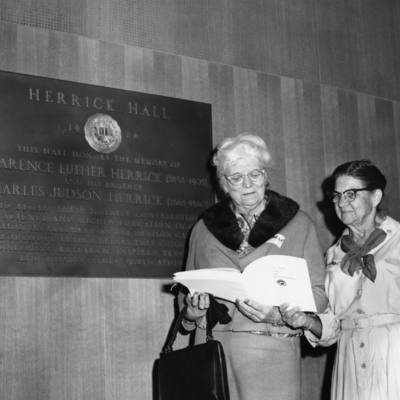 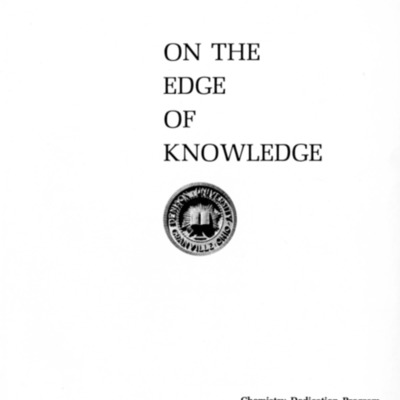 October 1967: Program from the dedication of Herrick Hall and Ebaugh Laboratories.

In 2011, Ebaugh was renovated from top to bottom. Aside from receiving new equipment, being made more eco-friendly, and becoming more aesthetically appealing, Ebaugh Laboratories was also detached from Herrick Hall (although, one can still walk from one to the other via an underground hallway). Herrick continues to be a venue for events such a performance of You’re a Good Man, Charlie Brown, notorious conservationist Paul Watson speaking to students, Yo-Yo Ma’s informal Talk and Play, and alumnus Hal Holbrook returning to give a talk. 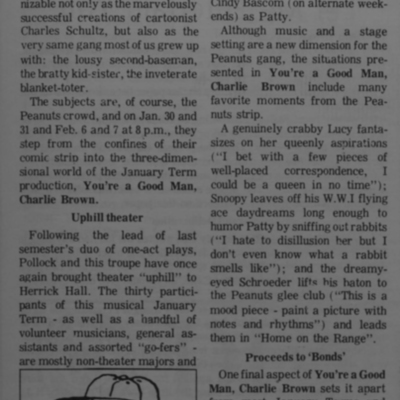 January 21, 1976: Denisonian article mentioning a performance of You're a Good Man, Charlie Brown in Herrick Hall. 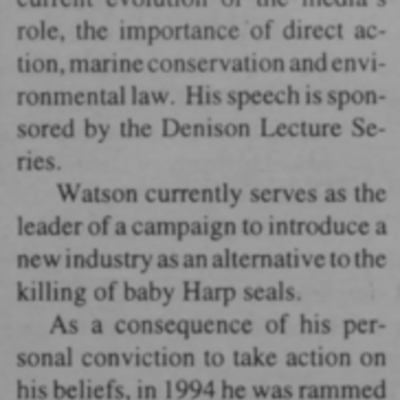 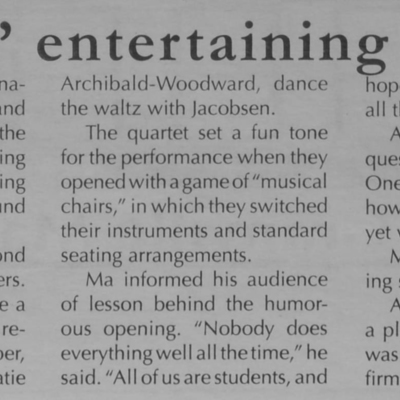 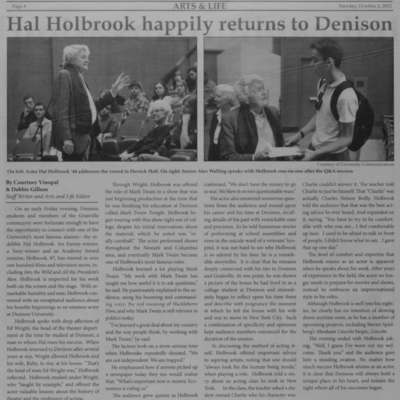