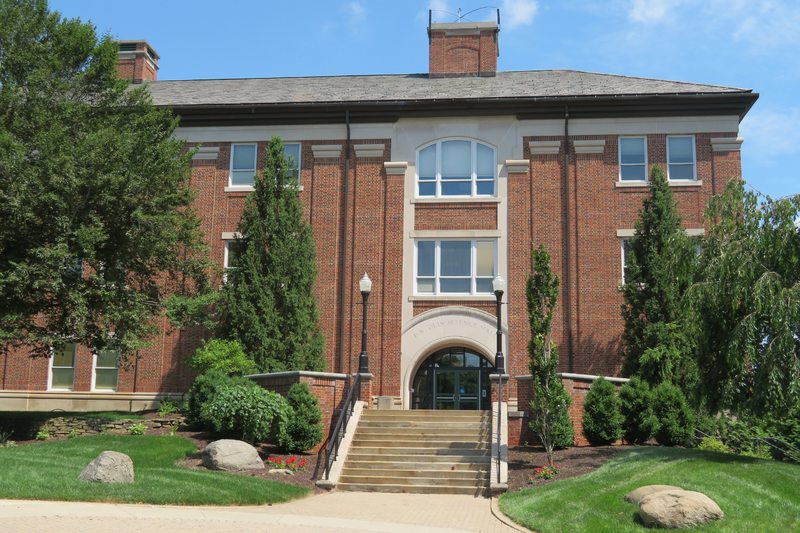 F.W. Olin Science Hall is one of the many namesake buildings of Franklin Walter Olin across the country. F.W. Olin, who made his fortune in the manufacture of ammunition through the early 20th century, created the F.W. Olin Foundation in 1938 to award grants to academic institutions – primarily to build new science buildings. In 1992, Denison successfully secured a grant from the foundation and shortly thereafter began construction of the $6.1 million building.

The building was completed in December of 1994 and the Geology & Geography, Math, Physics, and Astronomy Departments moved out of Barney Hall. Today, Olin boasts a planetarium, a maker space including multiple 3-D printers, and a large collection of rocks, fossils, and minerals.