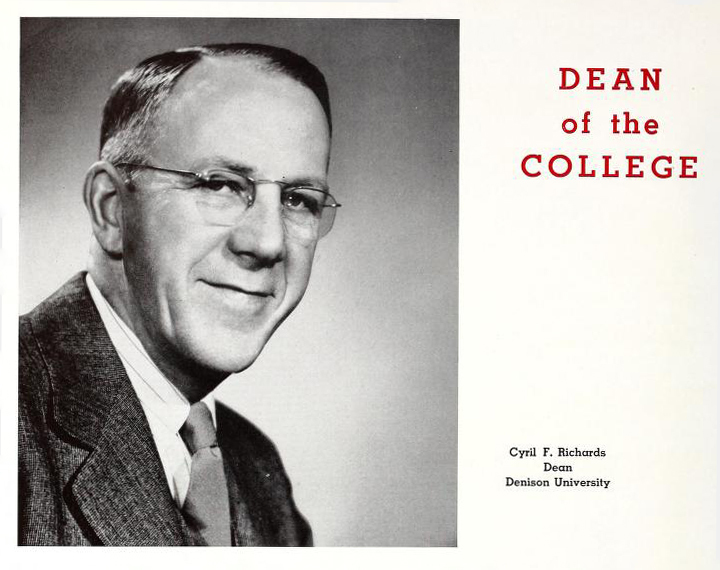 Cyril Richards was a Dean at Denison University over the course of this narrative. He was first Dean of Men, but became the Dean of the College sometime during the 1945-1946 academic year. Dean Richards employed Marian Mahard as a secretary for part of Professor Mahard’s time in the Army. Dean Richards corresponded with Mahard about possible ways to be granted a discharge to return to teaching, and occasionally wrote a letter just to say hello and to keep in touch. Marian Mahard would also occasionally add a note with her own message to her husband at the bottom of the Dean Richards' letters.