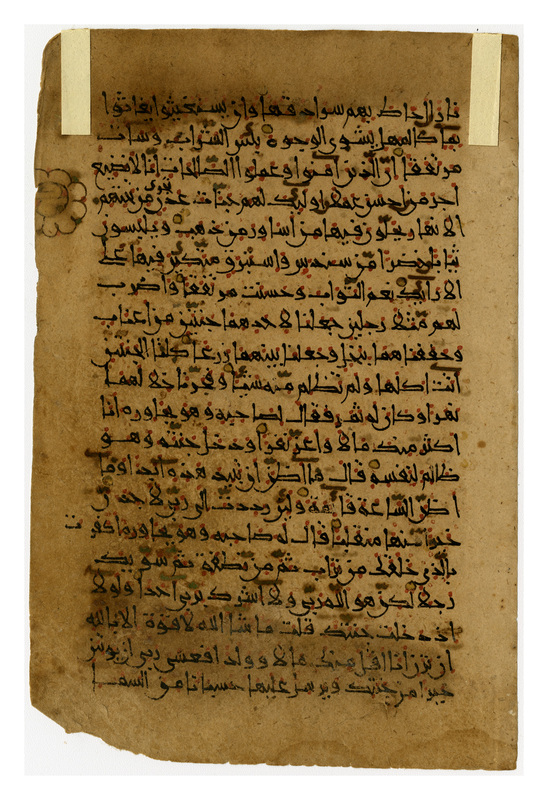 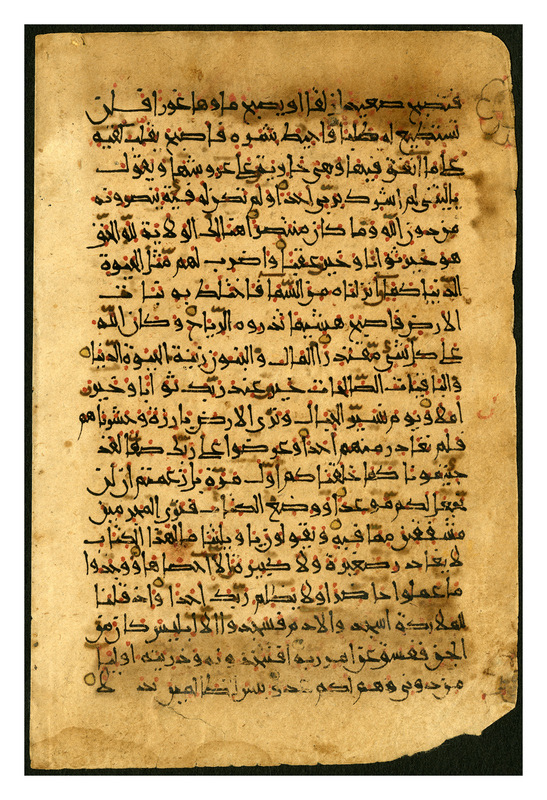 "From a Koran manuscript in Cufic characters. This rare example, though undated, is attributed by experts to the Twelfth Century, or earlier. Its style suggests the calligraphy of Mashad (Persia), although it may possibly have come from Arabia or Egypt. In speculating as to a manuscript's place of origin, one must bear in mind that centers of learning like Baghdad and Cairo attracted people from all parts of the Muhammadan world, and that these included many scholars, scribes and illuminators from Persia and beyond. That the latter should assimilate certain local characteristics would only be natural. The Cufic form of Arabic writing probably originated in the stone inscriptions of the Nabataeans, who traced their crude characters upon the rocks of Northern Arabia and the Sinai Peninsula. At the time this manuscript was transcribed Cufic had become a rival of Naskhi, but it soon lost its popularity except for use on coins, seals &c. Nevertheless there is nothing indecipherable in this page to the modern scholar, and in this respect, Arabic, like Chinese, in contrast with European languages, early acquired a remarkable stability. This is attributed to the Koran, which is regarded by all Muhammadans as not only the sole foundation of religion and religious and civil law, but the model of the Arabic language, and a permanent standard of diction. It may be noted that a few leaves from this manuscript are in the Oriental Collection of the Museum of Fine Arts, Boston." -Pages from the Past

Pages from the Past: Original Leaves from Rare Books and Manuscripts