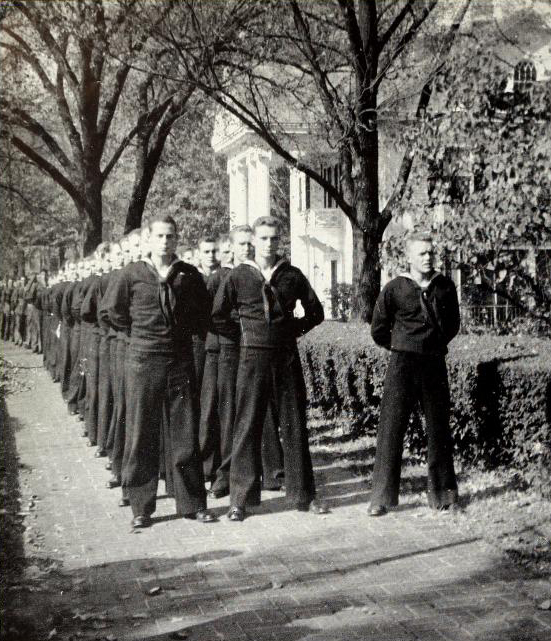 Sailors and Marines on the path in front of Beth Eden (President Brown's home) and Swasey Chapel.

Richard Mahard began teaching at Denison in the fall of 1941. Professor Wright, chair and sole professor of the Geology & Geography Department, was almost certainly glad to have a capable instructor join him in the department.  Fresh out of graduate school at Columbia University, Mahard had crossed paths with Armin K. Lobeck, a well known cartographer, geomorphologist and landscape artist, and Henry S. Sharp, one of the two men Professor Wright had hired to teach at Denison previously. During his first winter at Denison, while attending a meeting at President Brown's home, Mahard would hear the radio report of Japan's surprise attack on Pearl Harbor. For Denison and the nation, the war was no longer a conflict overseas.

In July of 1943, members of the military V-12 Program took over part of Denison's campus. These cadets were taught skills by the professors to supplement their military training. Mahard, among many other professors across the nation, was instructed to train the troops in classes such as Map Reading and Introduction to Meteorology. In their examinations, many students did not exactly excel in the geography portion. When questioned by Professor Wright, Mahard argued that the cadets were more concerned with doing well in subjects like physics in order to avoid being kicked out of the V-12 Program. Letters from cadets to Mahard after they left Denison highlight Mahard's teaching skills and the value of his teaching since the cadets went on to do so well in similar courses elsewhere. Although it must be noted, Mahard did recieve some teaching aids from Quantico, Virginia. Any cadet to head to Quantico after taking Mahard's map reading class was sure to consider it nothing short of a cake walk. That is, as long as the cadets paid attention in Mahard's class. 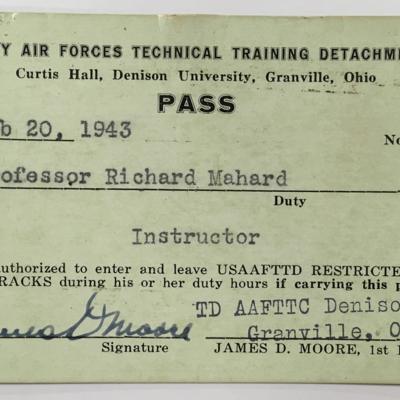 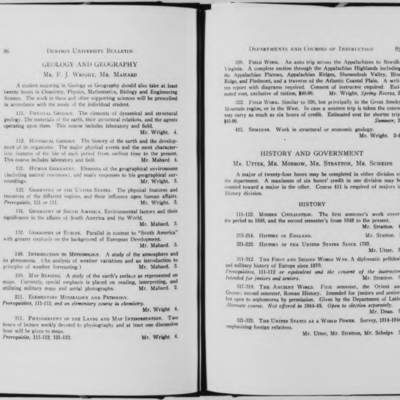 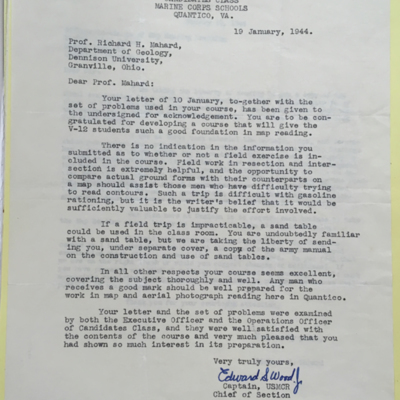 A letter from Quantico, Virginia, that states Mahard's course in Map Reading for the cadets at Denison is well designed. 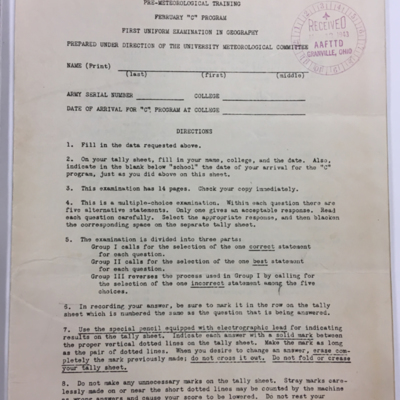