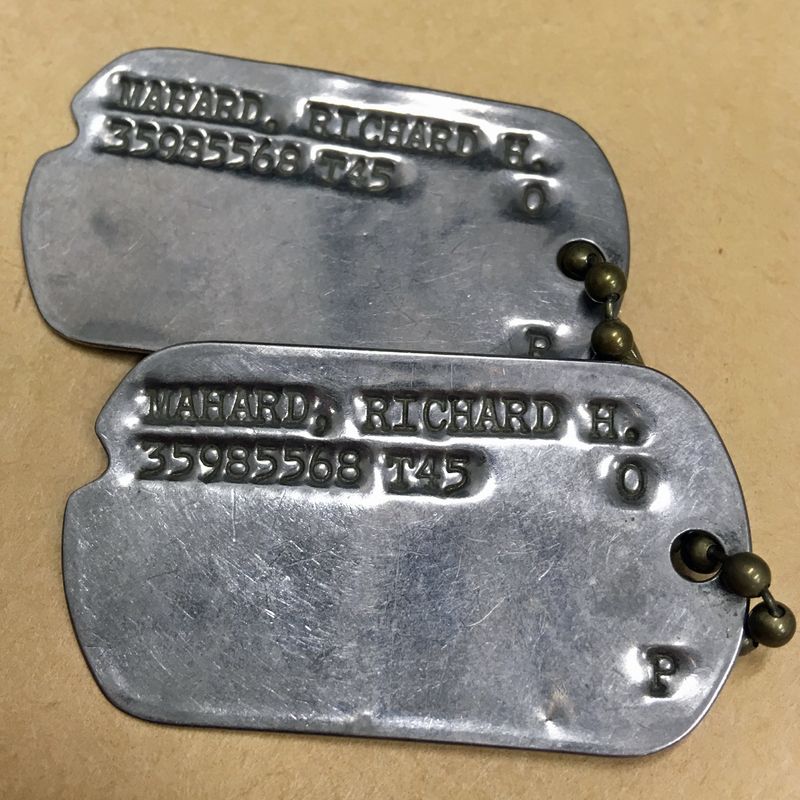 Late 1944 brought about one of the Germans' last gasp efforts to crush the Allied forces during World War II: the Battle of the Bulge. The surprise attack pushed back the Allied line and resulted in devasting losses on both sides. The devasting loss of life resulted in a need for fresh troops. Local draft boards called up more men to serve, and Richard Mahard's number was up.

While Mahard may have been teaching cadets about map reading and meteorology, it was not a required class of the V-12 Program. Mahard was also just shy of 30 years old and in prime physical shape. Mahard had hoped to work with the United States Geological Survey that summer, but the confirmation paperwork came too late. On April 23, 1945, Mahard had to say goodbye to his wife, Marian, and wait in Columbus, Ohio, for the train to take him away. Mahard was sent to Camp Atterbury, just outside of Indianapolis, Indiana, with a couple stops for the troops to be processed and have their clothes issued to them. Camp Atterbury was Mahard's first real taste of Army life. He would only stay for a few days before being shipped cross country to begin basic training. 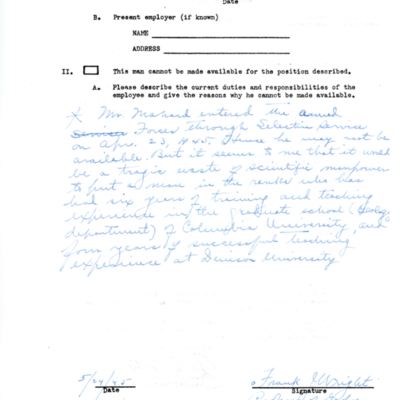 A letter from the War Manpower Commission to Frank J. Wright. Professor Wright explains on the back of the letter that Mahard had to be let go in order for him to serve in the Army. 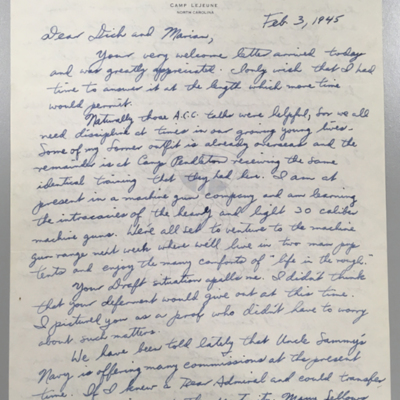 A letter from a former student of Mahard's who is in the armed forces. The letter mentions that Mahard had been drafted. 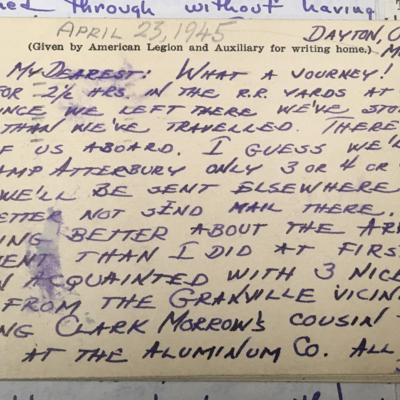 A postcard from Mahard to his wife, Marian, on his first offical day in the Army.

A letter from Mahard to his wife, Marian, describing a day at Camp Atterbury in Indiana.