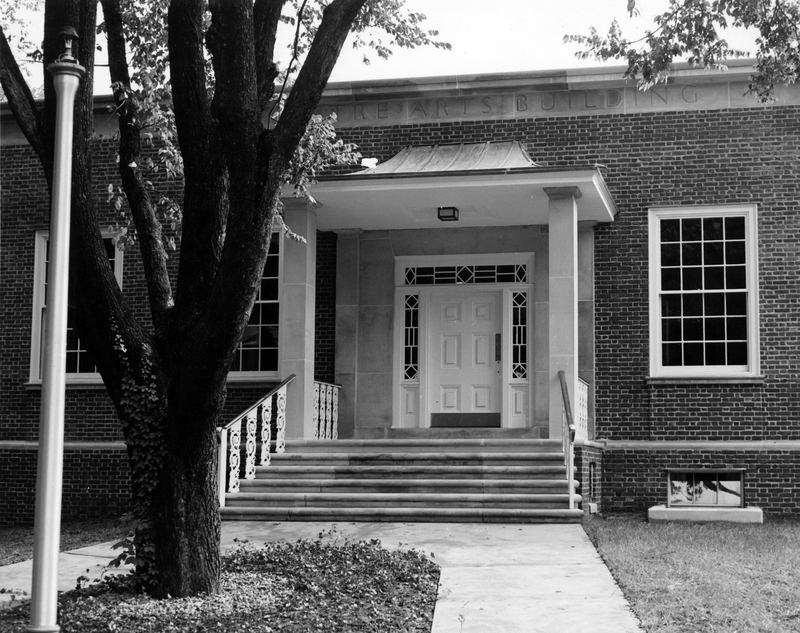 The Theatre Arts Building was often referred to as Ace Morgan. In truth, it was just the stage inside that was named after Leroy “Ace” Morgan. Ace was a student at Denison from 1942 until he was called up to serve in World War II in May 1943. In just a year at Denison, Ace directed a handful of well received plays, starred along with his friend Hal Holbrook in Ah, Wilderness! and became a member of the Blue Keys. Professor Edward Wright had predicted a bright future for the promising director. Ace was killed in action in 1945.

Ace’s parents and friends at Denison organized the Leroy “Ace” Morgan Memorial Fund in order to raise money for some sort of tribute. In the end, they raised $20,000 to put toward the new, generically named Theatre Arts Building.  The stage inside was named in Ace’s memory and over time the term Ace Morgan had come to represent the whole building. The dedication celebrated the life of Ace Morgan, with Alfred Stites reading a tribute Hal Holbrook had written. Hal, unfortunately, had been unable to attend due to prior commitments in New York.

In the summer of 2019, the Theatre Arts Building was demolished. With the completion of the Eisner Center just around the corner, it was leveled to make room for a parking lot.