History of the Theatre Arts Building 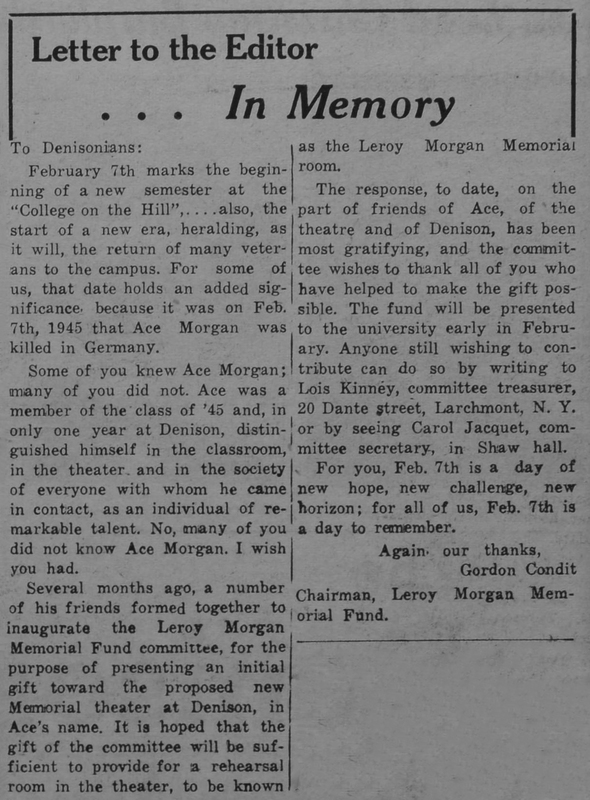 January 25, 1946: Gordon Condit writes about his friend and the fund which has been started in Ace's memory.

A January 1946 article in The Denisonian, written by Gordon Condit, began by mentioning the approaching one-year anniversary of the death of Condit’s friend, Leroy “Ace” Morgan. Professor Edward Wright had begun collecting funds soon after news broke of Ace’s death, and twelve of Ace’s friends had formed the Leroy Morgan Memorial Fund committee not long after that. Their hope was to raise enough money to provide a gift to the university in Ace’s memory.

On February 7 of 1946, Leroy’s parents, Vernon H. and Angela Marie Farinacci Morgan, and Carol Jacquet, a member of the Memorial Fund committee, presented a check to President Kenneth I. Brown. This $2,500 check was just the beginning. For the next few years programs were held to raise additional money for the Memorial Fund. In 1948, a series of performances entitled This Week at Eight-Fifteen were performed in the Granville Opera House to benefit the Memorial Fund. The first program was Pot Shots at Humanity, a series of character sketches, impersonations, and stories performed by Professor Edward Wright. The second program was Personality Portraits from Literature and Life, performed by Denison students Ruby and Hal Holbrook.  Dick and Betty Welsbacher also performed American Folklore in Song and Story as a part of the series. 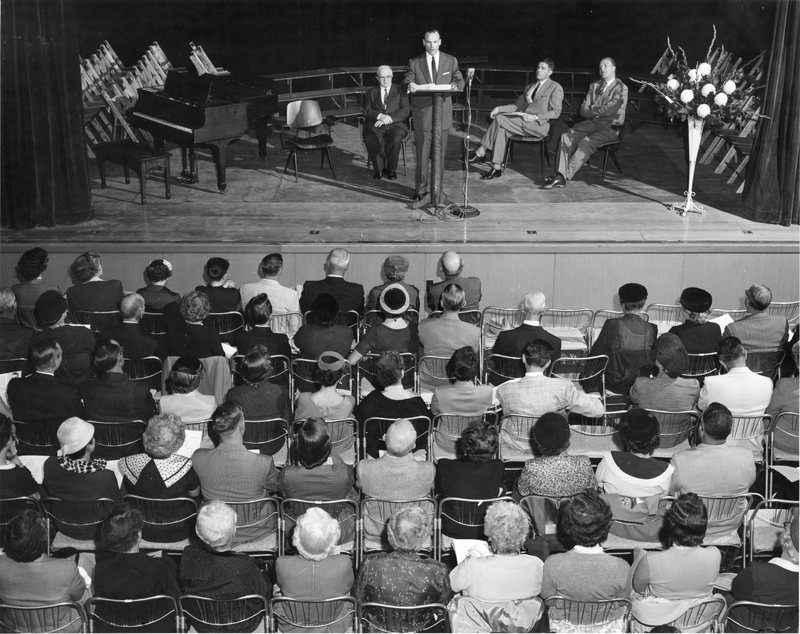 October 5, 1956: Alfred Stites reading Hal Holbrook's tribute to Ace Morgan entitled In Appreciation. Hal was tied up in New York with television work and was therefore unable to make it to the dedication of the Studio Theatre in memory of his friend, Ace Morgan.

Other performances, such as The Importance of Being Earnest and screenings of films in the Life Science Auditorium by the Denison Film Society, also helped to raise money for the Memorial Fund. By October of 1950, the fund reached $8,000 – including the initial check. By the Homecoming Weekend of 1956, the Memorial Fund had swelled to $20,000 – a sizable portion of the $350,000 cost of Theatre Arts Building being dedicated at that time. In Ace’s memory, the Theatre Arts Building became the home of the Ace Morgan Studio Theatre, which allowed for more experimental plays to be performed on campus in additional to the more traditional choices for the regular schedule.

The first play performed in the Theatre Arts Building was Beggar on Horseback under the University Theatre performances of popular works. Beggar on Horseback had also been the third performance of the 1931-1932 season. The first play of the Ace Morgan Studio Theatre performances of experimental productions was You Can’t Take It with You. For over 60 years, the Ace Morgan Theatre was the home of the theatre department – hosting performances from the likes of Les Brown, surviving a fire in 1971, and seeing performances from rising stars like John Davidson (class of 1963), Michael Eisner (class of 1964 English/Theatre Arts), Steve Carell (class of 1984 History/Theatre), and Jennifer Garner (class of 1994 Theatre Performance). 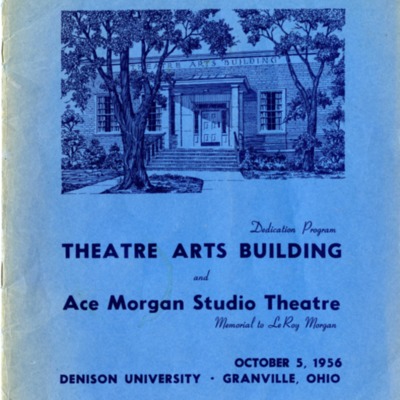 October 5, 1956: Program from the dedication of the Theatre Arts Building and the Ace Morgan Studio Theatre. 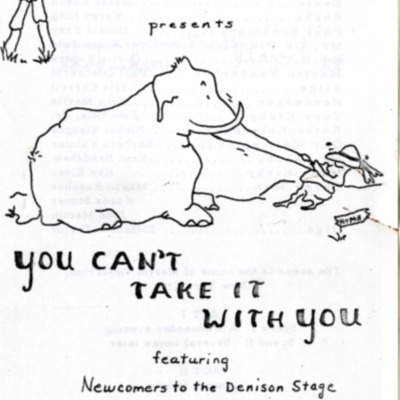 November 1956: Cover of the program from You Can't Take It With You. 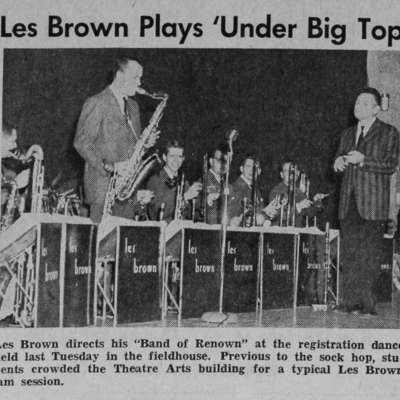 February 1957: Les Brown and his Band of Renown play at Denison. 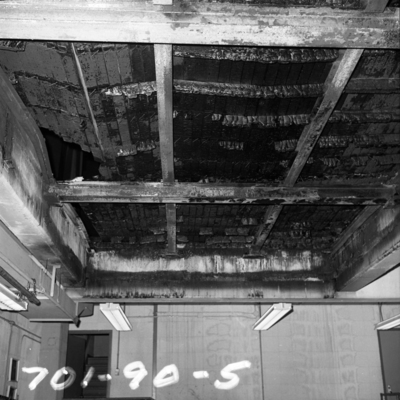 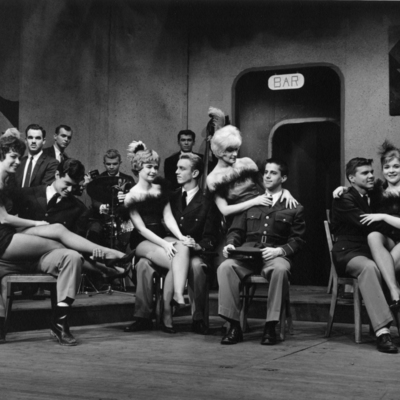 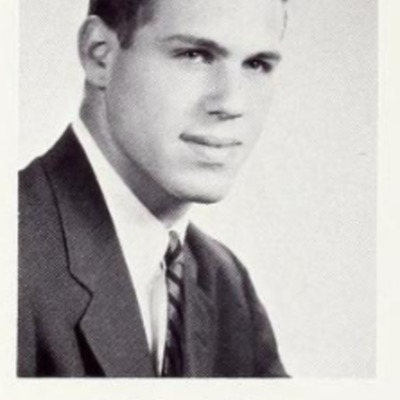 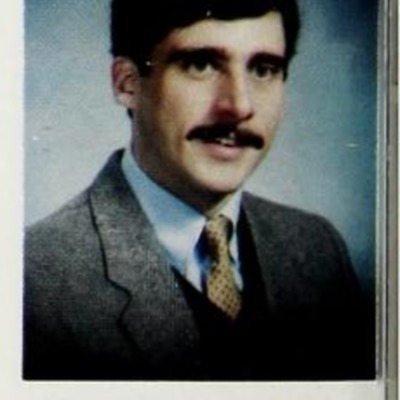 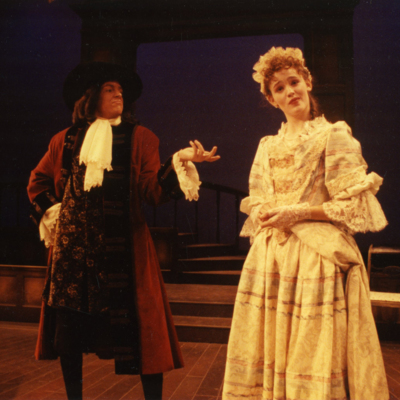 With the construction of the Michael Eisner Center nearing completion in early 2019, Ace Morgan was slated for demolition. In early June, just days after Reunion Weekend and after weeks of being emptied out, Ace Morgan was torn down and paved over to create a parking lot. 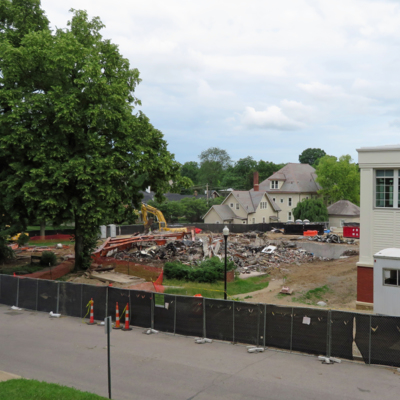 June 9, 2019: The Theatre Arts Building as a slowly shrinking pile of rubble. 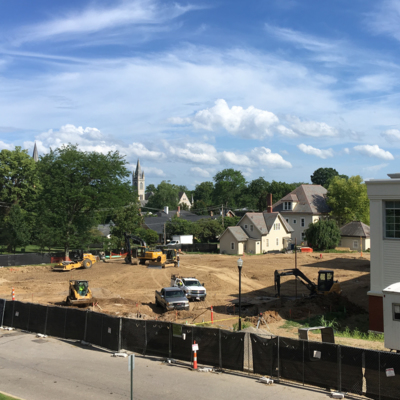 July 16, 2019: The Ace Morgan lot being flattened in preperation for paving. 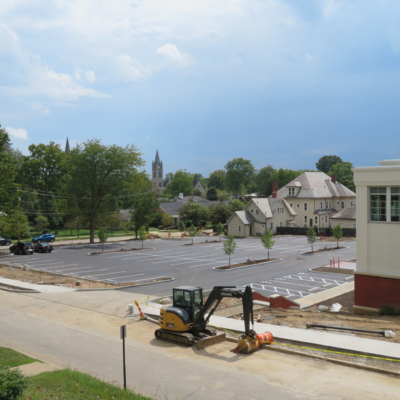 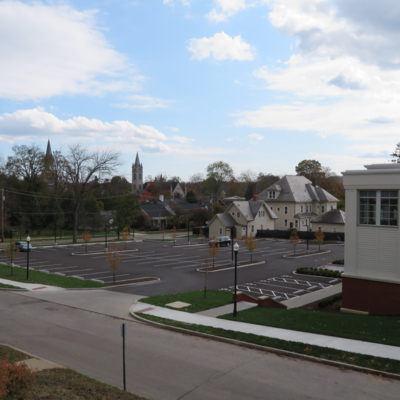 November 2, 2019: Finished parking lot where a theatre once stood.