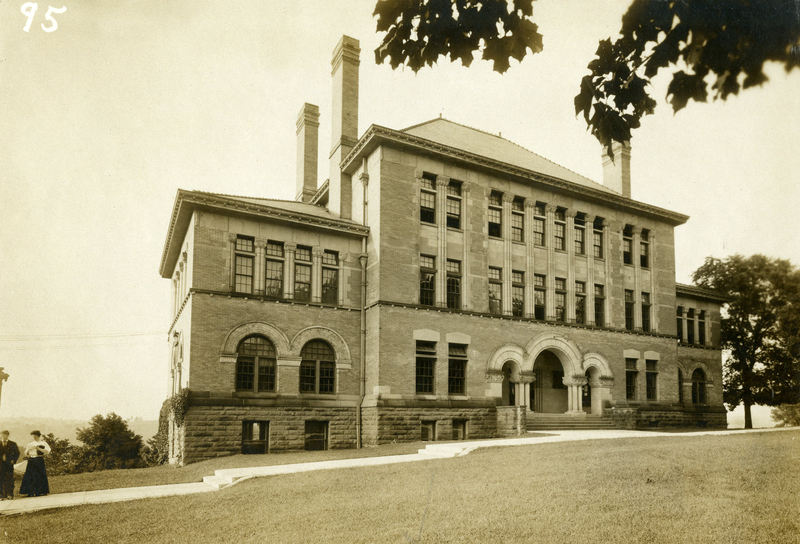 Commencement in 1892 was perhaps one of the most momentous days in the history of Denison University. Governor and future president, William McKinley, gave a speech and received an honorary law degree from the university. C.L. Herrick returned to take a position as a professor and W.H. Chamberlain, class of 1890, was also appointed a professorship. Perhaps the longest lasting symbols of that June day, however, are the announcements by President Daniel Purinton on behalf of Eugene Judson Barney and William Howard Doane. E.J Barney announced he would be donating $40,000 for the construction of the Barney Memorial Science Hall as a tribute to his late father, and W.H. Doane was giving $25,000 for the construction of the Doane Academy Building.

For the next few years, the Doane Academy Building and Barney Memorial Science Hall competed for space in the local newspapers. Details for the new buildings were sought after by journalists. The Exponent writers were over the moon to interview W.H. Doane on a couple occasions while he was in town overseeing details of the project. In 1894, the building was completed. In a show of appreciation, the Board of Trustees renamed Granville Academy (the preparatory school) in W.H. Doane’s honor. It was this preparatory school which then moved into the building Doane had gifted to the university. For approximately the next 33 years, Doane Academy Building housed Doane Academy. But in 1927, with declining enrollments year after year, operations were suspended. 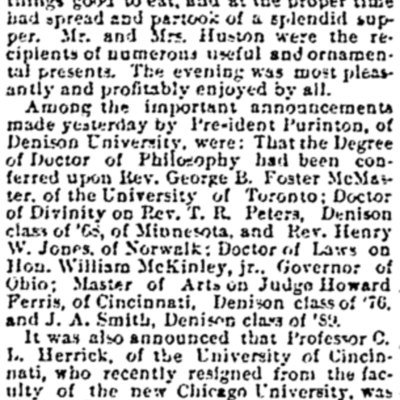 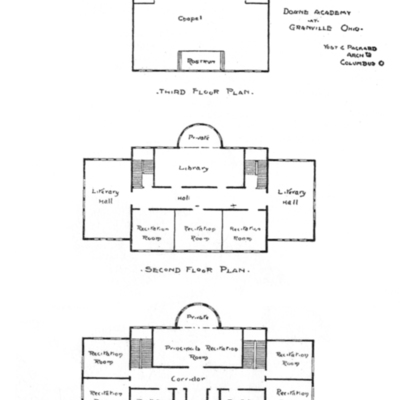 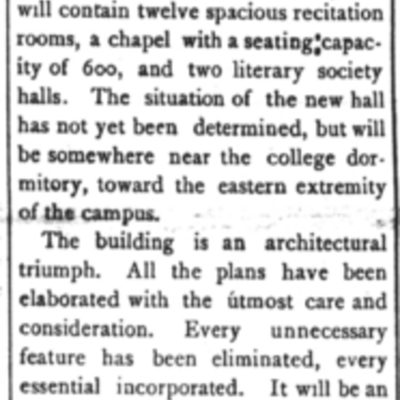 October 29, 1892: Details of the Doane Academy Building shared in The Denison Exponent. 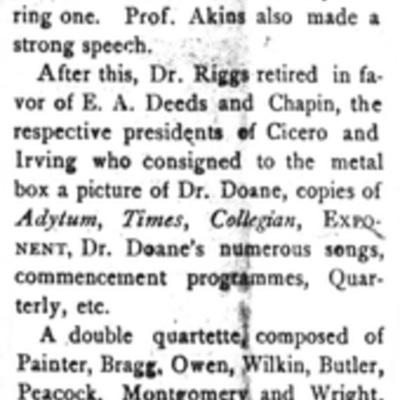 June 14, 1893: The laying of Doane Academy's cornerstone detailed in The Exponent. 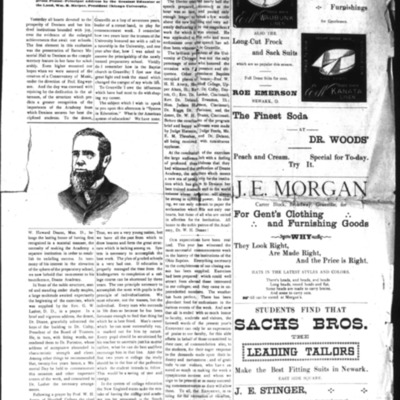 June 14, 1894: The Doane Academy Building dedication recounted in an Exponent article exactly a year after the cornerstone laying. 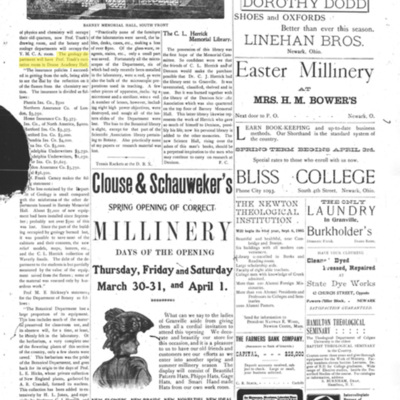 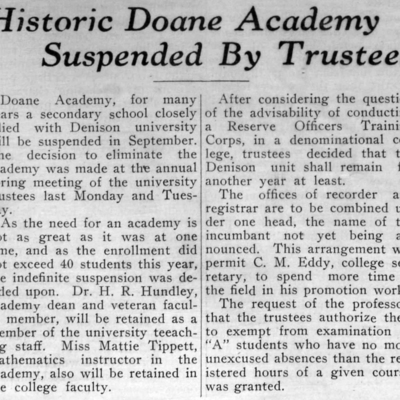 April 19, 1927: A brief article announces that Doane Academy will close. 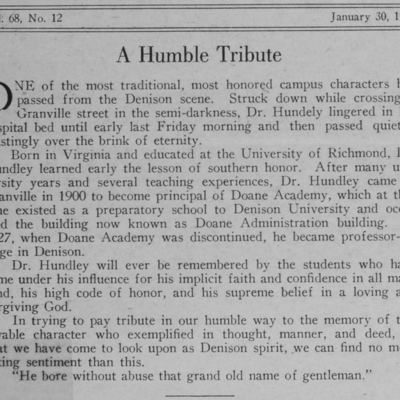 January 30, 1934: A tribute to R.H. Hundley. Not the first, but still a fairly early mention of Doane Adminstriation when referring to the Doane Academy Building. 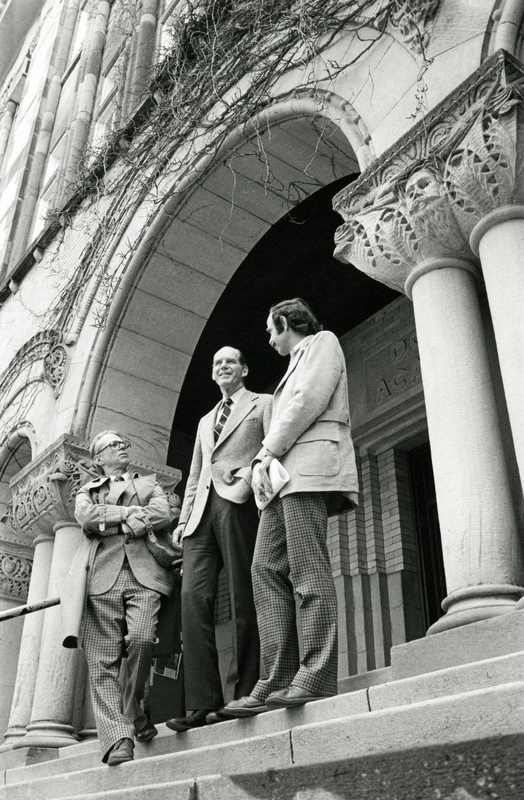 After the closing of Doane Academy, the building continued to be used for office space. By 1929, it had become known as Doane Administration. Today it houses offices such as the Mail & Copy Center, Student Housing Operations & Planning, the President’s Office, and Student Accounts.