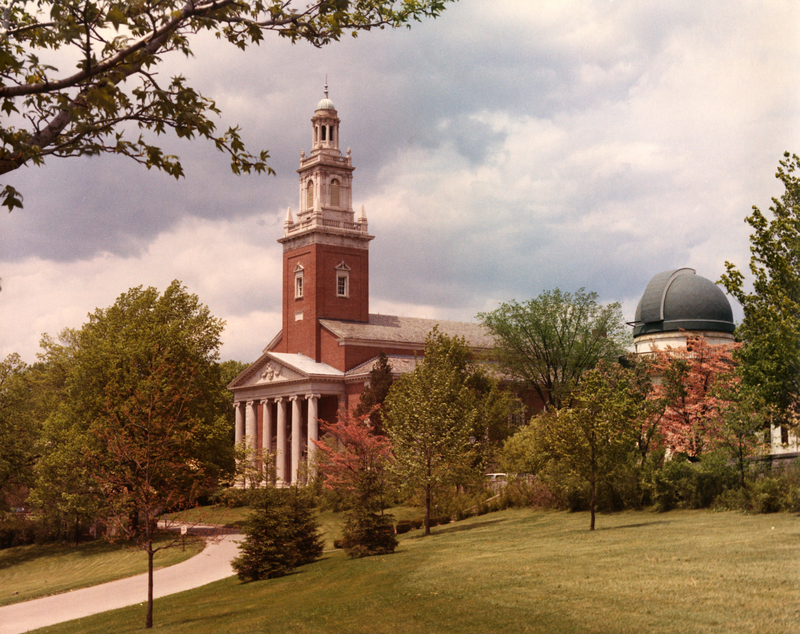 A view of Swasey Chapel and Swasey Observatory.

At a Board of Trustees meeting on June 10, 1922, a letter from Ambrose Swasey was presented. In the letter, Swasey pledged to supply funds for the construction and furnishing of a chapel on campus. While Denison University had been founded as denominationally Baptist, places of worship so far had been the churches down in the village of Granville and chapels within academic buildings. But Swasey, who had already gifted an observatory to the campus, now wished to construct a place exclusively for Christian education.

It is my earnest desire that this Chapel shall be used only for such services as directly contribute to the worship of God and the upbuilding of Christian character. 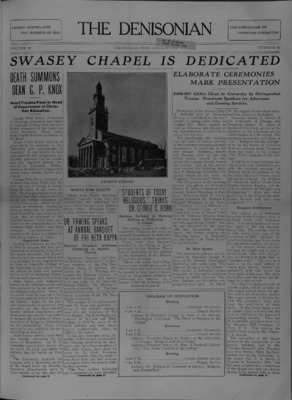 The $400,000 chapel was dedicated in April of 1924. It was built to seat 1,500 (“which takes care of the maximum of 1,000 students desired by Denison” according to The Denisonian). Swasey Chapel became the second completed structure of the Greater Denison plan. The first was Deeds Field Stadium, which had been dedicated the same day that the Swasey Chapel cornerstone was laid. The bells in Swasey were also dedicated in memory of Ambrose Swasey’s late wife, Lavinia Marston Swasey.

A Place of Celebration and Sorrow

For more than 75 years, the chapel has been used for a multitude of events. Some events have been strictly religious, just as Ambrose Swasey had hoped, such as regular church service and noted Christian speakers coming to give talks. Many events today are musical or political in nature, such as the Vail Series or the Lugar Lecture Series of speakers. Others have been more joyous occasions, like the wedding of Gordon D. Shorney and Josephine Darrow, which was the first wedding in Swasey Chapel. There have also been more somber events than anyone probably cares to recall, such as funerals for the likes of R.H. Hundley (whose house once stood where Swasey Chapel does now) and Cadet Durward Tolman Burns and Prof. Richard Mahard. Even sadder still have been the late night opening of Swasey’s doors to allow for the congregation of the shocked after tragedies have rocked the campus. 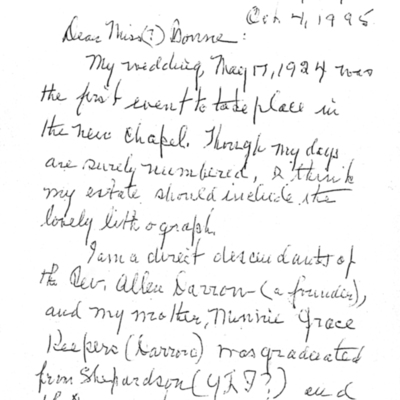 The wedding of Gordon D. Shorney and Josephine Darrow was the first in Swasey Chapel. 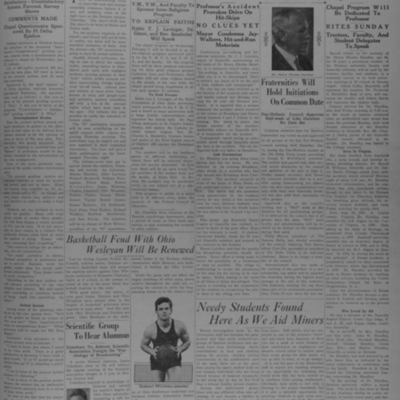 January 1934: R.H. Hundley's funeral is held in Swasey Chapel. Hundley's home once stood where the chapel does now. 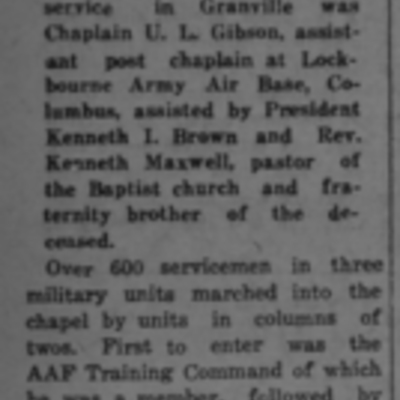 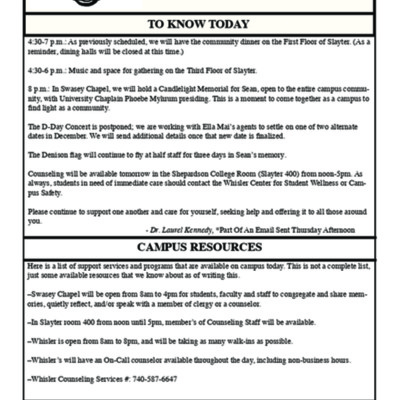 November 2018: Swasey was opened for students wishing to congreate after the death of a student on campus.