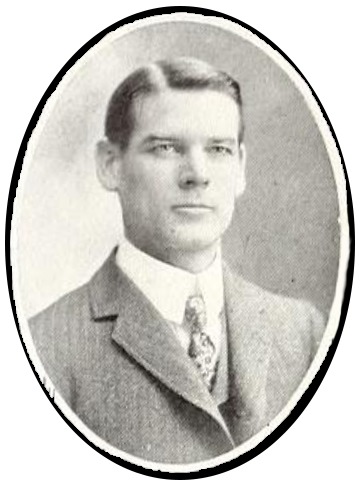 Charles Judson Herrick, C.L. Herrick’s youngest brother, was born on October 6, 1868. In 1885, C. Judson and brother William Howard Herrick followed their oldest brother C.L. Herrick to Denison. There they enrolled in Doane Academy with the class of 1891. When C.L. Herrick resigned from his position as the natural philosophy and geology professor in 1888 to take a position at the University of Cincinnati, his brothers again followed him. C. Judson graduated in 1891. C. Judson returned to Denison for graduate studies and became a tutor at Doane Academy. While C. Judson had studied biology in college, he taught physics, chemistry, and physical geography. Like his oldest brother, he was well rounded and qualified to teach a number of subjects.

After a year teaching at Doane Academy, C. Judson took a position at Ottawa University in Kansas after marrying Mary E. Talbot, a daughter of the former Denison President Samson Talbot (who is the namesake of the current biology building). In 1893, they returned to Denison for C. Judson to continue his graduate work. C.L. Herrick had arrived back to teach at Denison shortly before C. Judson went to teach in Kansas. Unfortunately, C.L. Herrick’s health began to decline and C. Judson was called upon to carry most of his brother’s workload which included teaching and also running Journal of Comparative Neurology, another publication started by C.L. Herrick. C. Judson managed to get his masters from Denison in 1895. After C.L. Herrick left for New Mexico, C. Judson went to Columbia University to work on his PhD.

C. Judson was appointed Assistant Professor of Biology at Denison in 1897 and was elected to become a full professor the following year. In 1900, Columbia University awarded C. Judson with his PhD. His thesis entitled “The Cranial and First Spinal Nerves of Menidia” also won the Cartwright prize of $500. The Cartwright prize was awarded to the best thesis on a medical related topic. Just days before the contest deadline, the committee urged him to submit. 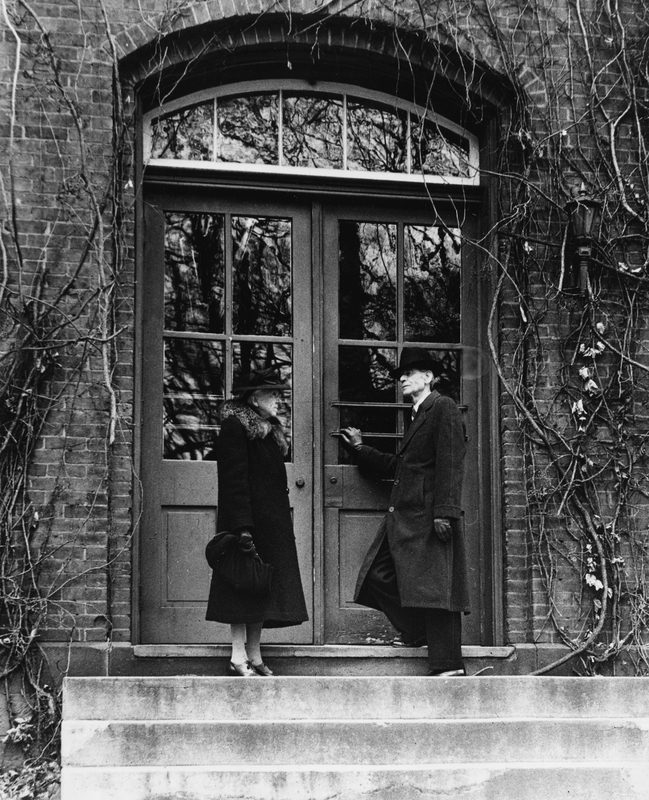 Mary Talbot and C. Judson Herrick in front of Talbot Hall around 1930.

In 1904 news reached C. Judson that his brother, C.L. Herrick, had died. A committee was formed to raise funds to purchase his personal library to bring to Denison. In March of 1905, C. Judson, expecting the final details of the acquisition to be ironed out soon, had the books shipped to Denison so they could be added to the scientific library in Barney Memorial Science Hall and used by the students. On March 30, 1905, a fire broke out in Barney Hall. Along with countless biological specimens, the entire library was lost. C. Judson and the Biology Department relocated to the lower floors of East Dormitory (later renamed Talbot Hall) while Barney was rebuilt. In 1907, it was announced that C. Judson Herrick was resigning to take a position at the University of Chicago. The University, with a heavy heart, granted his request and wished him the best. C. Judson was still known to come back and visit the Denison campus, as well as make trips to alumni events across the country and welcome Denisonians such as Prof. Frank Carney into his home when they happened to be visiting Chicago.