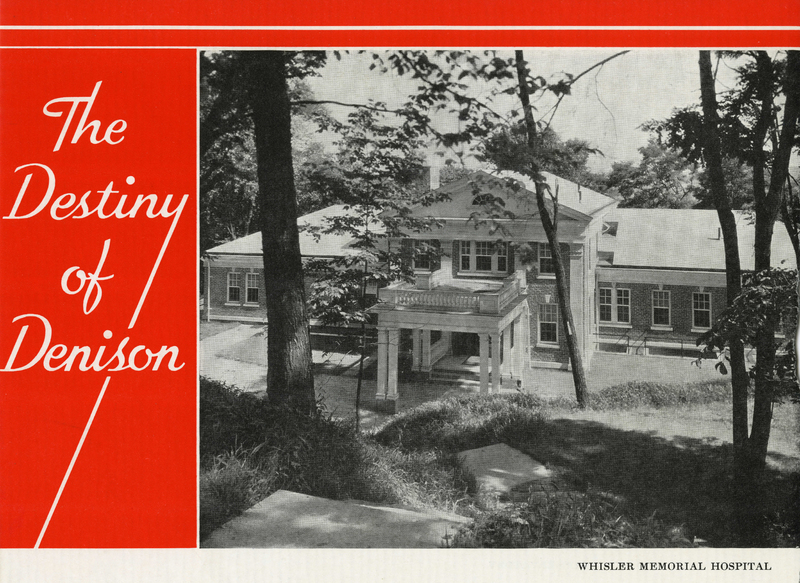 On May 12, 1929, Whisler Hospital was dedicated. It had been the gift of Charles F. and Mary Belle Arnett Whisler in the memory of their daughter, Helen. Helen Arnett Whisler had been a student at Denison, but contracted tuberculosis and died in her sophomore year. The dedication ceremony was held in Swasey Chapel before Dr. Russell H. Williams led a group to look over the new facility. Dr. Williams, or “Rock” as he was affectionately called by the students, was the head of the student health service at Denison from 1929-1953.

Dr. Williams was born in Vermont. His family relocated to Michigan when he was 10 years old. He graduated from Kalamazoo High School and came to Denison. While at school his nickname was apparently “Rox,” which perhaps was an alternate spelling or morphed into “Rock” years later. Williams played on the football team and sang with the Glee Club. In 1915, Williams graduated from Denison. A few years after graduation, Williams decided to study medicine. He moved his family to Granville and studied at Ohio State University. Dr. Williams was appointed the head of the student health center when it was still located in East Cottage and was there when Whisler Hospital was built. He wrote a column in The Denisonian entitled “Through the Stethoscope” where Dr. Williams wrote about his experiences at Denison. Dr. Williams retired in 1953 due to declining health. 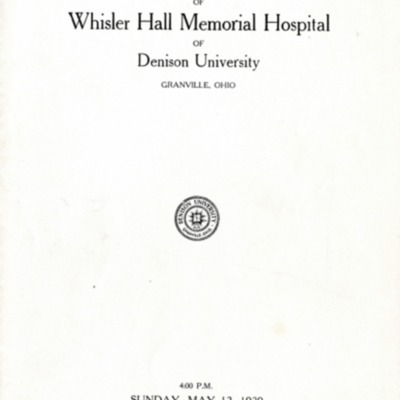 February 1930: Denison University Bulletin all about the new Whisler Hospital. 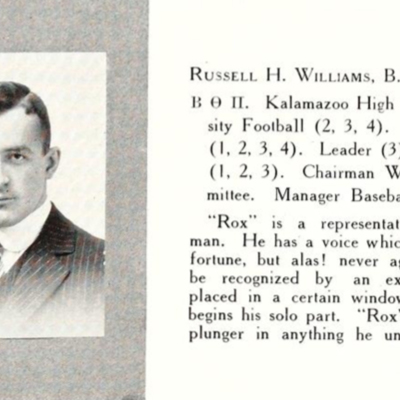 1915: Portrait of Dr. Williams when he was a senior at Denison University. 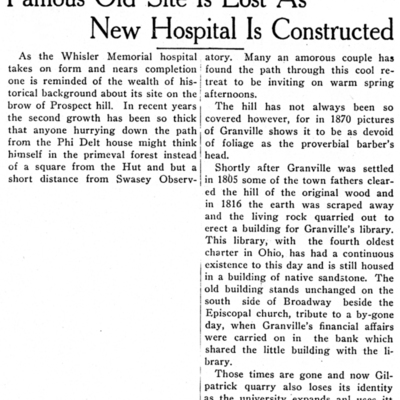 Denisonian clipping explaining that Whisler was once the site of Gilpatrick quarry.

From its earliest days as a full blown hospital to today’s jokes of being given cold medicine as a cure all and the growing desire to have counselors on campus, Whisler has seen medicine and student care evolve over its 90 years of service. 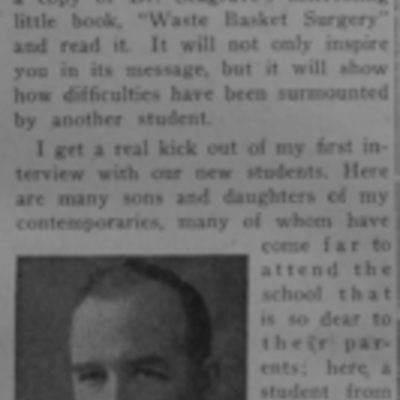 September 29, 1936: One of R.H. Williams' Through the Stethoscope columns in which he talks about meeting the new students as they came in for their physicals. 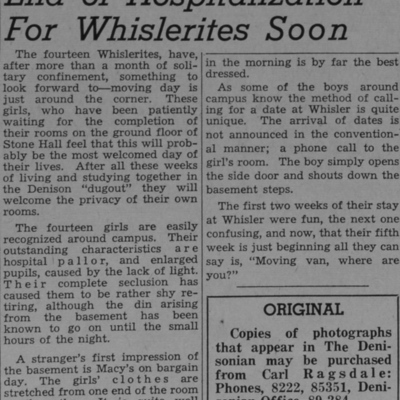 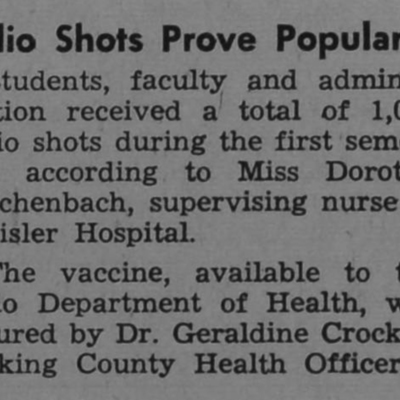