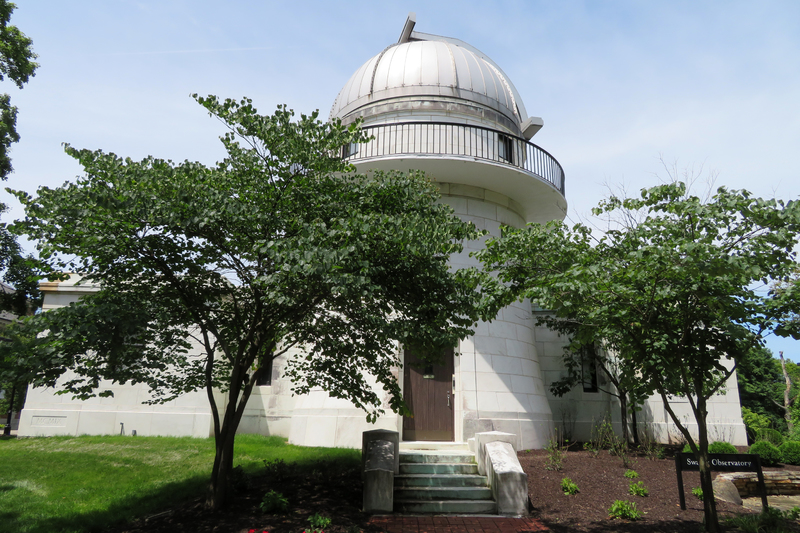 Swasey Observatory was the second gift of Ambrose Swasey to Denison. After being persuaded to help fund a gymnasium in Cleveland Hall rather than a new observatory, Ambrose Swasey decided to do both. Ambrose Swasey helped found the Warner & Swasey Company, which produced high quality telescopes in Cleveland, Ohio. He wished to showcase their quality in an observatory on this Ohio hill, as he already had in other observatories across the globe.

Made of white Vermont marble, Swasey Observatory quickly became a signature landmark of the university. Those traveling through Granville easily spotted the building brightly shining in the sun. A little over a decade after its completion, Ambrose Swasey announced his intention to fund the construction of a chapel for the university. Swasey Chapel quickly overshadowed its smaller neighbor and trees now block its view from the village below. But Swasey Observatory is still an invaluable asset to the Astronomy Department and a striking architectural landmark on campus.