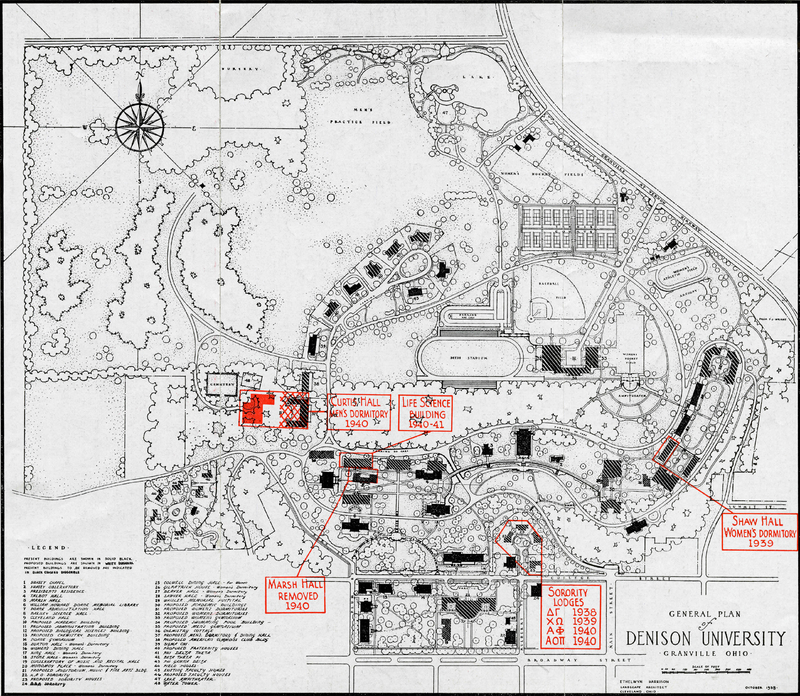 In April of 1940, an anonymous gift of $300,000 was made to the Denison Board of Trustees. It was to fund the construction of a new biological science building. The donor stipulated that as a condition of the gift, Marsh Hall had to be demolished. Marsh Hall, originally named Academy Hall, had been the first brick building on campus when it was built in 1854. Marsh Hall had served many purposes over its lifespan but was the home of the American Common Club and a dormitory at the time of the anonymous donation. Marsh Hall was torn down in July 1940. The foreman in charge of the wrecking company commented that he had never torn down a building in such poor shape. With Marsh Hall gone, the construction of an academic quad was now also possible. The construction of William Howard Doane Library in 1937 was with the understanding that a replacement building would have to be built slightly north of where Marsh Hall had stood. 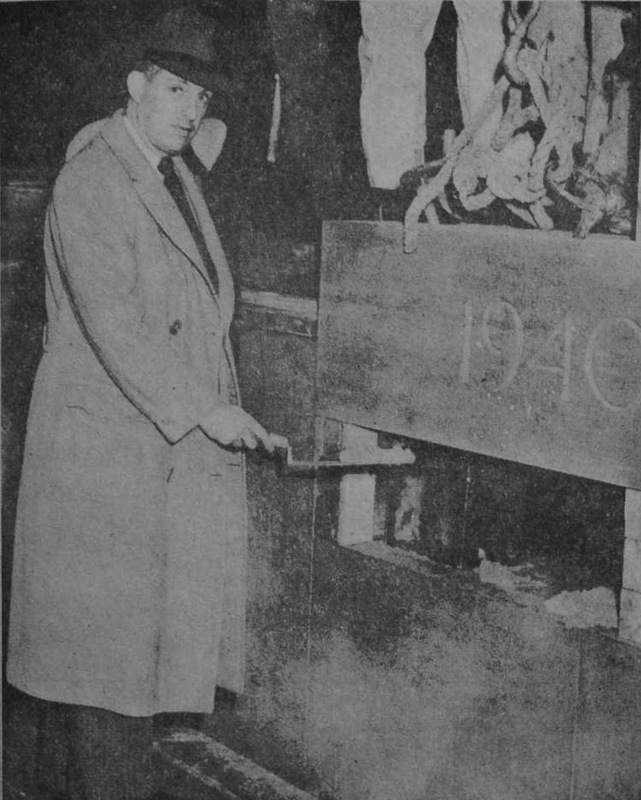 1940: President Kenneth I. Brown lays the cornerstone for the Life Science Building.

The cornerstone of the Life Science Building was laid on November 25, 1940, by President Kenneth I. Brown. By then, there was already a steel skeletal structure standing. Almost a year later, on October 17, 1941, the Life Science Building was dedicated. This is when it was revealed to the public that Ida Doane, daughter of William Howard Doane, had been the anonymous donor. William Howard Doane, a Denison trustee from 1874-1915, had donated funds himself for projects such as the original library, Doane Academy/Administration, and Doane Gymnasium. Sadly, Ida Doane never lived to see the completed Life Science Building, as she became ill before the dedication and died on July 14, 1942.

After the attack on Pearl Harbor on December 7, 1941, the Library of Congress needed to find places outside of Washington, D.C. to house irreplaceable objects. Documents as important as the Declaration of Independence and the Constitution were stored at Fort Knox in Kentucky. Additionally, four colleges were chosen to house items. Three institutions in Virginia were chosen in addition to the one site west of the Appalachians, Denison University. Items such as the first telegraph message ever sent, L’Enfant’s manuscript of the design for Washington, D.C., and multiple documents directly related to Thomas Jefferson (such as his first inaugural address and directions for his epitaph). The Life Science Building, along with Swasey Chapel and William Howard Doane Library, served as the storage locations for these documents. The relocated items were watched night and day by armed guards until they were eventually returned to the capital in August of 1944.

Views of the Life Science Building 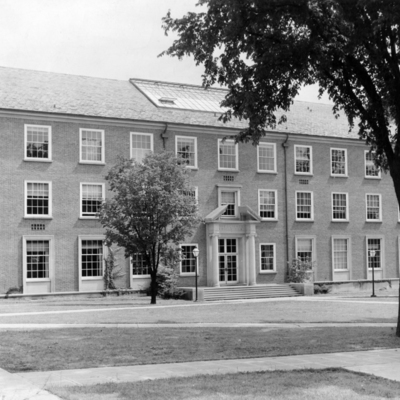 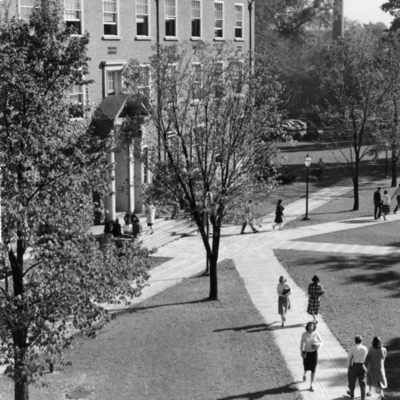 View of paths in front of Life Science. 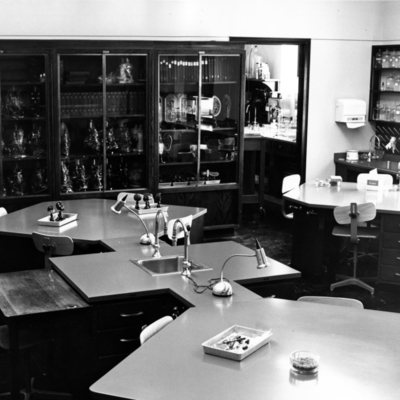 Lab inside of Life Science. 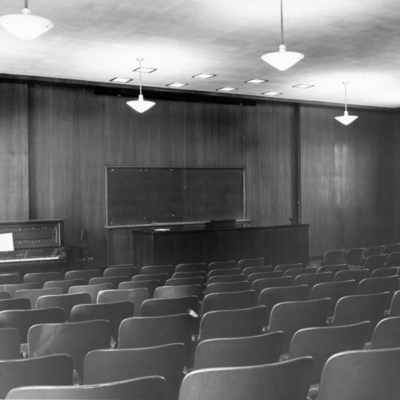 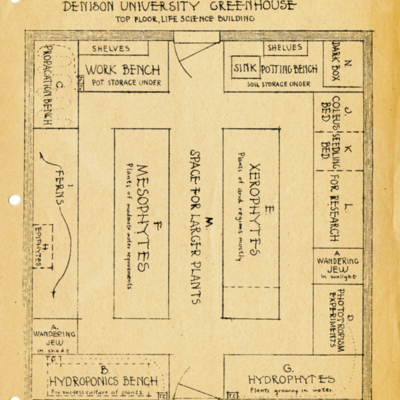 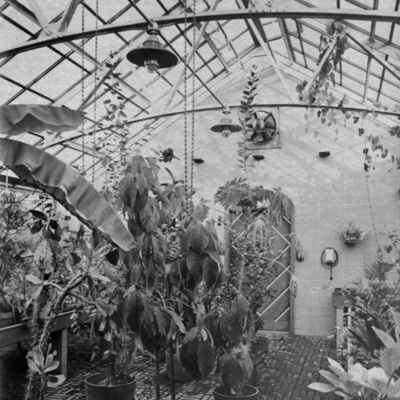 View from inside Life Science's greenhouse. 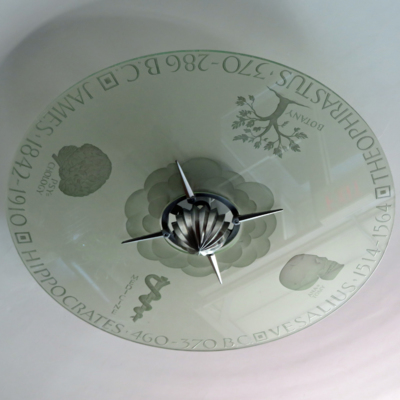 The light fixture in the lobby of Higley Hall gives away its history as a science building. 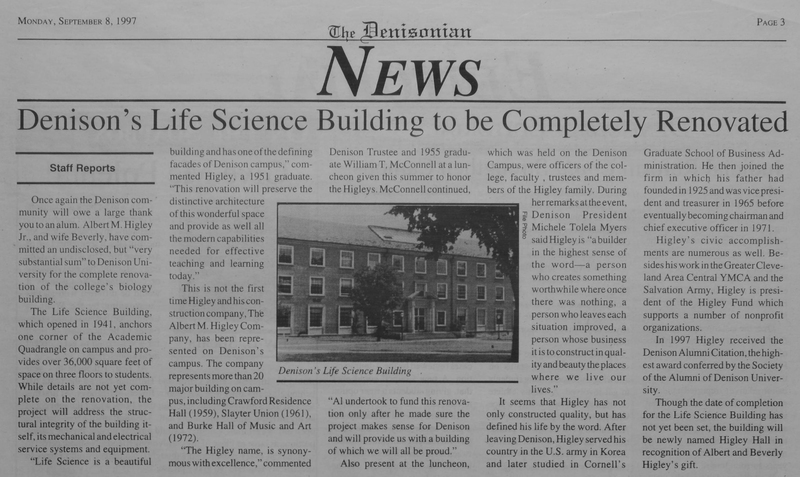 September 8, 1997: Announced that Life Science will be renamed Higley Hall.

After decades of use, the Life Science Building was beginning to show signs of its age. In September of 1997, it was announced that Albert M. Higley, class of 1951, was going to fund a complete renovation. The building was then renamed Higley Hall in his honor. In 2004, Higley Hall received another facelift. This time, it was spruced up to welcome the Economics and Communications Departments to move in from Knapp Hall to allow departments in both buildings to have more room.