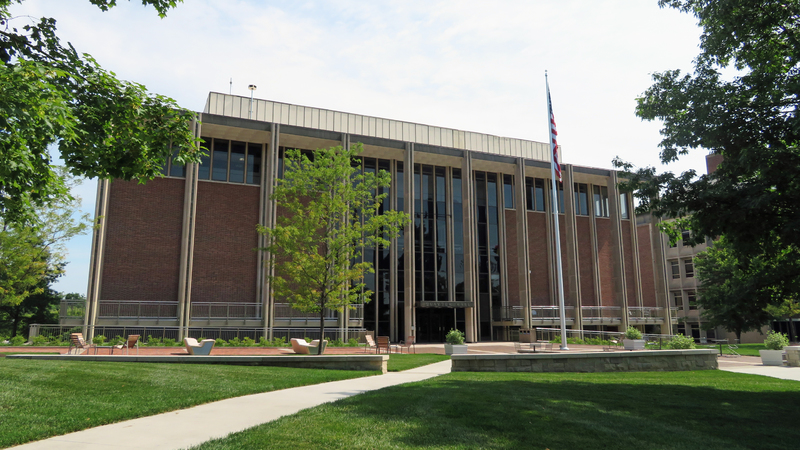 Slayter Hall Student Union is the gift of Games and Marie Foor Slayter. Games Slayter was a graduate of Purdue University, a veteran of World War I, and a chemical engineer known as the “Father of Fiberglas” for his work streamlining the manufacturing of glass fibers. Fiberglas, as it was patented, became a popular insulation across the globe.

In 1959, the Slayters presented a $1 million gift to Denison for the construction of a student union. It was finished in 1962, situated between the previously newest academic building (Life Science Building, 1941) and the oldest (Talbot Hall, 1871). Slayter originally had a bowling alley on the third floor, but it was removed in the 1990s to make way for “The Roost.” Slayter is also home to an auditorium on the fourth floor, the bookstore and mail room on the second floor, and Slayter Café on the first floor.