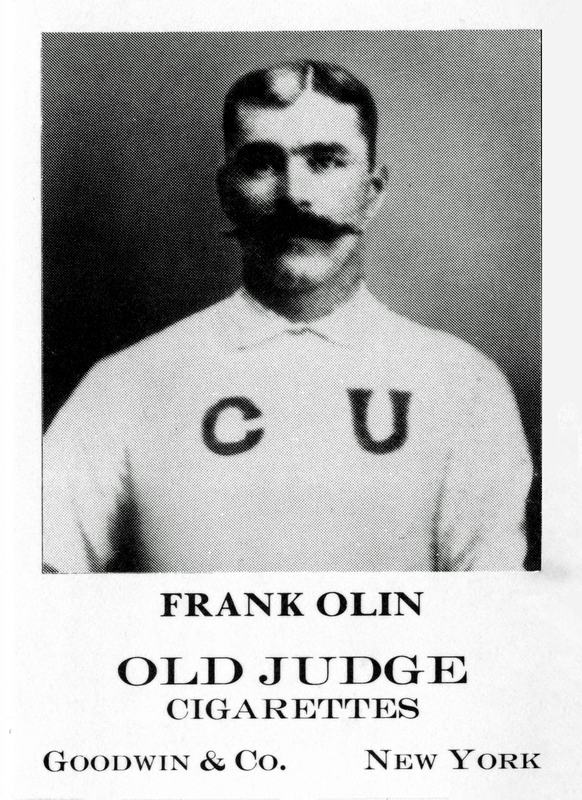 Franklin Walter Olin was born on January 9, 1860, in Woodford, Vermont, to Truman and Sarah Ann Noyes Olin. By the time Franklin turned 10, his father had become a millwright and transplanted the family to Cambridge, New York. In the mid-1880s, Franklin played professional baseball for teams such as the Toledo Blue Stockings and studied engineering at Cornell University. Olin graduated in 1886.

Franklin Olin founded the Western Cartridge Company in 1898. The company produced ammunition through World War I and diversified into related industries such as brassworking and a paper mill. In the 1930s, a merger with the Winchester Repeating Arms Company formed the Western-Winchester Company. The ever-expanding business ventures reorganized in 1944. Olin Industries, Inc. became the parent company. Today, the Olin Corporation continues its industrial legacy started by its baseball playing engineer over 100 years ago.

A Legacy of Buildings

In 1938, Olin created the F.W. Olin Foundation to award grants – mainly for the construction of academic buildings. Shortly thereafter, Olin passed the responsibility of his company to his sons to focus on running his foundation. In 1951, Franklin W. Olin passed away in St. Louis, Missouri. Over the next half century, the foundation contributed to academic institutions across the country. A chemical engineering building at Olin’s alma mater (Cornell University), a library at Rollins College, science halls at the University of Denver, Gustavus Adolphus College, Centre College, Vanderbilt University, and at Denison University are just a few projects financed by the F.W. Olin Foundation and named in his honor.

In 1997, the foundation created the Franklin W. Olin College of Engineering in Needham, Massachusetts.  In 2002, they welcomed in the first class of 75 students. By 2005, they had 300 students. In the same year, the foundation dissolved to put their remaining funds into the college.