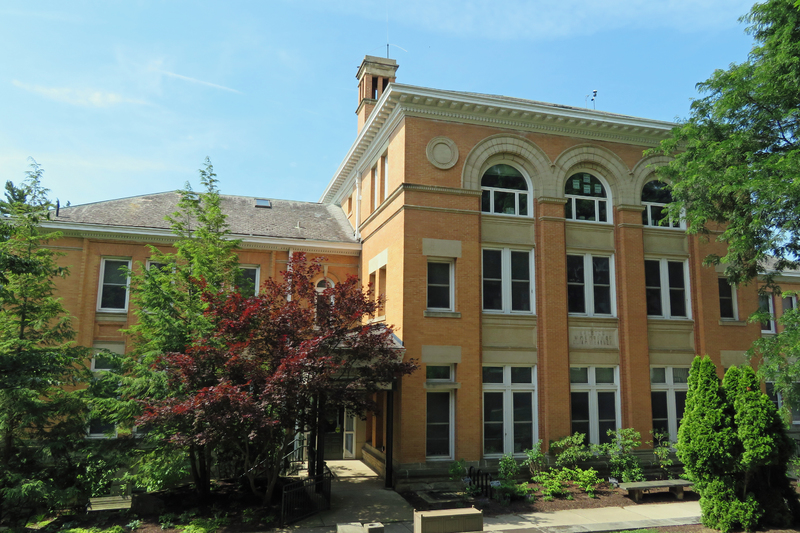 Originally Barney Memorial Science Hall, it was the gift of Eugene Judson Barney in memory of his father, Eliam E. Barney. Both men were valued trustees of Denison University. The hall was constructed in 1893 and housed the science departments on campus. When a fire gutted the building in 1905, E.J. Barney paid to have it rebuilt. The Biology Department was relocated to Talbot Hall (located near present day Knapp Hall) and the Chemistry Department moved to the basement of Doane Academy (Doane Administration today), staying there even after the other departments moved back in.

With the completion of the F.W. Olin Science Hall in 1994, all of the departments in Barney moved out. Barney Hall then underwent a large renovation which was completed in 1999. Jeanette and Samuel Davis gave $1 million to fund the renovation, leading to the building being renamed Barney-Davis Hall. Today, Barney is home to the English and Environmental Studies Departments.